Marijuana is now legalized recreationally in many states across the US as well as in all of Canada. This has led to the rise of many cannabis-infused activities and trends, including cannabis yoga classes.

Does marijuana and yoga really mix?

Having an altered state of mind could help in your yoga practice or it may ruin the point completely. Some yogis claim that cannabis provides them with a spiritual connection and an expanded self-awareness. Additionally, yoga practitioners with anxiety have noted that being high helped to stop their racing thoughts that would otherwise interrupt their practice. Other yoga enthusiasts, however, argue that marijuana usage is harmful to your yoga practice, both mentally and physically. After all, cannabis use can make you distracted, dehydrated, and dependent.

Pros of Adding Cannabis to Yoga:

Cons of Adding Cannabis to Yoga:

The History of Cannabis & Yoga

The creation and celebration of yoga has historically been influenced by the use of cannabis. Lord Shiva, the Lord of Yoga, is also recognized as the Lord of Ganja – and it’s no coincidence. This deity is honored in India with a cannabis drink known as bhang. According to Hindu legend, Lord Shiva drank bhang and smoked cannabis to find peace and inspiration.

Today, Hindi holy men called Sadhus are known for practicing yoga and using marijuana. Cannabis use is very important to these spiritual figures and they believe that it helps them to find enlightenment. The Sadhus belief system is largely based on two sacred texts: The Vedas and the Yoga Sutras. The Vedas, the earliest holy texts recorded in Sanskrit, were fundamental to the creation of Hinduism and the yogic philosophy. They also happen to be some of the earliest texts to ever reference cannabis.  The Yoga Sutras, largely regarded as the authority on the basic principles of yoga, mentions marijuana as well. Historically, cannabis and yoga have been intertwined since the beginning. 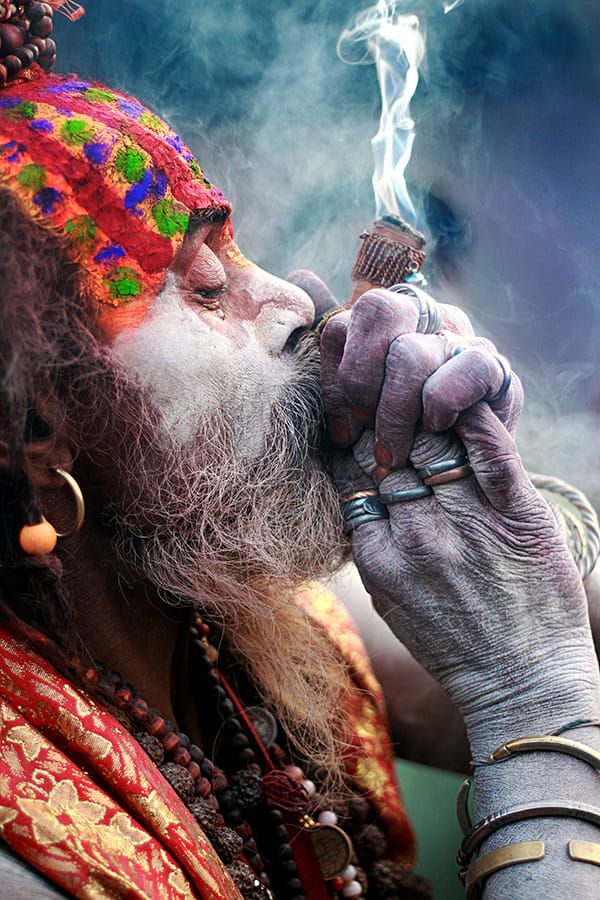 Should Cannabis Be a Part of Your Yoga?

In the end, it comes down to your personal experiences with cannabis and yoga and in which ways you feel you could improve your practice. If you have troubles calming your mind or connecting to your spirituality, then adding a little marijuana into your yoga flow may be exactly what you needed. However, if you already have trouble focusing or meeting the physical demands of poses, staying clear headed could be best for your practice.

Samantha is the Editor-who-Chiefs at Dank and a passionate cannabis enthusiast. She loves yoga, traveling, and hanging out with her three precious angel baby cats.